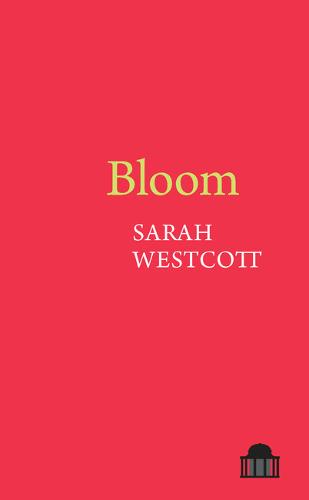 In her second collection – what the poet refers to as the ‘sister’ to her first, called Slant Light – Westcott sets out her intention from the first line of the opening poem:

Her subject is the natural world, and how it bleeds into us and we, into it, in almost osmotic exchanges. ‘The world is flux, and light becomes what it touches,’ wrote US poet Lisel Mueller (‘Monet Refusing the Operation’). Westcott dramatises this transformative exchange in detailed language, which accepts its own failure, ultimately, to explain all the mysteries and complexities of the natural world, as it is –

‘Language: a barrier, a raft of sticks, a child with a nest in his/hands/’ (Apples).

Westcott blends dynamic, sensual language with the scientific, which reminded me of plant scientist poet, Sarah Watkinson. ‘April: frothing and foaming,/cuckoo spit dripping from its mouth./Cellular thrumming in wet light.’ In ‘Cherries’, the skin, that is both the fruits’ own and also seemingly, the narrators, might break, and contain ‘glistening drupes’, a botanical term for a seed or nut. In ‘Princess’, flowers have ‘gracile’ heads, a term drawn from anthropology.

But whereas in Watkinson’s work, the empirical scientific lens always ‘frames’ and therefore detaches, the poet-narrator of Bloom seems to almost bodily flow, meld and join with the natural world. As in the poem ‘Dancer’ where, ‘my brain is millions of buds picked out against the air,/I am a shape of chemical channellings, electrical lengths,/impenetrable and porous.’ The experience is visceral, with a consciousness of the mutability of skin, blood, bone and milk (as in a poem about breast-feeding, where ‘All night he’s on me like a lamb/and it is a love act, this feeding/fit to his wet mouth, his baby guts,/sucked nest from the heart.’ Later, the startling awareness the child is, literally and metaphorically, ‘swallowing me’ (Breast).

In ‘Songbird’, Westcott’s homage to Keats’s ‘Ode to a Nightingale’, the bird/Romantic poet/narrator share a tender touch, ‘I hold your voice lightly in my throat,/no space in the note but itself – oh, touch my body tenderly…the tone/like an egg, line-less and unbroken – our throats skinned open and trembling.’

This intense dissolution between observer and observed is a kind of union that is fleeting and sacred, a membrane pierced, but also entering the poet, subcutaneously, in an almost mystical way. As well as the lamb, there are references to a cross and holly. But whereas the nature poetry of John Glenday in his Mariscat pamphlet on his birthplace and returned to home, the Firth of Tay, (The Firth) Glenday sees Nature with a capital ‘N’, as metaphor, teacher, and parable, and the angle of his ‘voice’ is therefore observational but outside the experience, Westcott’s narrator-poet seems to commune and dissolve into the natural environment, or at least, seeks to: ‘Into mutability, something held back between the pools & the/working river & lets me half in, I sit with rabbits to eat. –.’ This immersive, shifting, restlessness, ‘Always the beat of blood, drawn through the world’ (The Field) of the natural, is emphasized through frequent use of the em-dash, ten usages, in ‘Birdsong’ alone, for example. In its capacity as a punctuation device to suggest both interruption and amplification, it seems to create a simulacrum of a bird’s forever nervy, twitching song, as well as suggesting the way our own auditory attention is wrestled with and then slips on in a barrage of bird voices, each grabbing at our attention in stops and starts, as we listen and try to distinguish one from another, before moving on.

This close inter- and intra-connectedness with, and of, nature, could become a little too performative, ‘showy’ and pantheistic, as the appeal to the loss of self-consciousness in dissolution in nature reveals itself as its polar opposite, an acute solipsism. Westcott skilfully avoids this trap, by rooting her poems in actual events (the response in floral tributes to the death of Princess Diana, for example); or in ‘Breast’ (about a new mother’s experience of feeding a baby); or in Desert Holly, where the poet approaches the horrors of a ‘mass shooter’ in the US, through an art installation about the event, in which the perpetrator killed randomly at a Las Vegas rock concert.

Image and an exact precision and sincerity of expression also help avert the dangers of the overblown, fey, whimsical or abstract. In ‘Common Orange Lichen’, the lichen is compared to Scotland’s sugary, fizzy drink, ‘Irn-Bru’ and a ‘fry-up on the roof’. It’s stubborn clinging to stone and other surfaces is ‘mulish’…’mottled underparts like bark,/so choral I would like to join your choir.’ In ‘Spring Fragments’ ‘I see one aeroplane/the contrails break into genetic code/ chromosomes opening into further forms/up the cow parsley comes.’

This second of the Westcott’s ‘sister’ collections shows us a powerful nature poet unafraid of a bolder reach in expression, where we are ‘one layer of carbon’ (The Turn) among so many others in nature, but one grounded in the particularity and exactitude of that world.