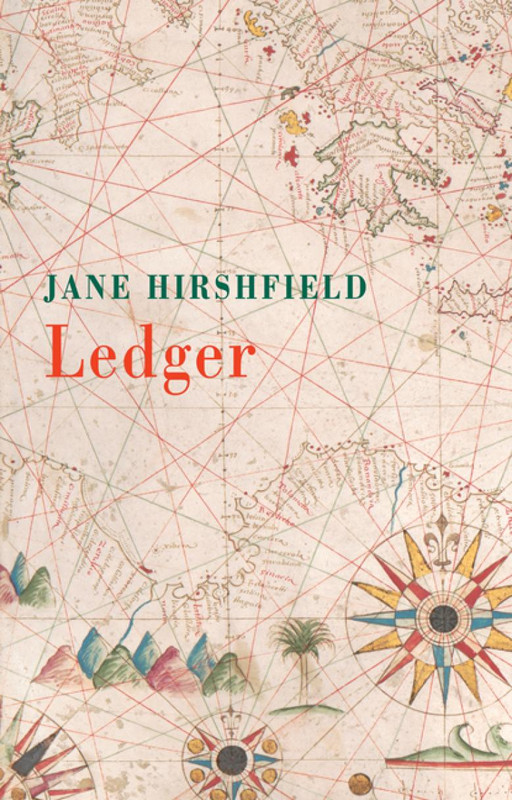 There is a quiet quality to much of Jane Hirshfield’s poetry which sits between the zen-like and the vatic.  Hirshfield is not afraid to flirt with rhetoric, but manages to contextualise it with a neatly drawn reality.

Ledger is Hirshfield’s sixth Bloodaxe volume in the UK and begins with a kind of manifesto, ‘Let Them not Say’. Up to a point, the poem comments in a way that you might predict from that title, ‘Let them not say: we did not see it. / We saw. // Let them not say: we did not hear it. / We heard.’  However, the poem ends with, ‘Let them say, as they must say something: // A kerosene beauty. / It burned. // Let them say we warmed ourselves by it, read by its light, praised, / and it burned.’ Hirshfield is very good at this slight and always interesting turning of the prism.  Thus, the poem exists as a manifesto, that is clear and beautifully executed. But the poem also exists as a poem in its own right.  The start of the poem and that ending suggests that we are all complicit, but that complicity is explored to offer both a greater depth and insight and with that depth and insight, a greater poetic resonance.

The book as a whole is, as its title indicates, a ledger in which humanity’s deeds are witnessed and held up;  held up, not simply as evidence against, although that is certainly the case.  But humanity as a whole is seen in a cleareyed light, that refracts around us all.  There are, of course, dangers in that desire to include ‘us’ with the writer’s own views.  These dangers are that making us all complicit does actually become finger-pointing by any other name.  It says that ‘I’ recognize these dangers and you do not.  It is me who is holding up the mirror and who shifts the emotional burden on to you, the reader.

Perhaps, Hirshfield recognises that danger in the next poem in the book, ‘The Bowl’. This poem starts, ‘If meat is put into the bowl, meat is eaten. / If rice is put into the bowl, it may be cooked.’ The middle of the poem, however, comments, ‘A day, if a day could feel, must feel like a bowl. / Wars, loves, trucks, betrayals, kindness, / It eats them. // Then the next day comes, spotless and hungry. // The bowl cannot be thrown away. / It cannot be broken. // It is calm, uneclipsable, rindless, / and, big though it seems, fits exactly into two human hands.’  There is something Frost-like about this kind of writing.  Its simplicity flirts with a kind of banality. But the simplicity is a directness that seeks to embody the experience; not simply with that final clause.  In part, the repetition of ‘bowl’ and the repeated ‘it’ standing for the bowl allow the thing itself to vanish behind its attributes. And the other listings, from ‘wars’ to ‘kindness’, and the parallelisms of ‘cannot be’ create rhythms which pull the reader in.  The rhythms allow the reader to move seamlessly between the abstractions of ‘wars’ and ‘loves’ say, to that almost abrupt ‘trucks’; through to the surreal juxtaposition of ‘calm, uneclipsable, rindless’.  Hirshfield has an extraordinary talent for both opening a poem out and yet pinning down; allowing the imagination both to reach out and to settle.

Elsewhere, there are larger, more narrative poems, though ‘narrative’ is again, not quite the right word.  In ‘In Ulvik’, Hirshfield expands upon the life of one Olaf Hauge, described in the poem’s epigraph as, ‘He spent his whole life in Ulvik, working as a gardener in his own orchard.’ Hirshfield explores this as a kind of doubleness as both a protagonist like Olaf Hauge, but also as an observer;  the gardener and the employer of the gardener,

I would give myself the day off
and thank myself for my kindness
and answer myself, It’s nothing, nothing, go on now,
put your feet up, find somewhere warm.
And then I would go back into my house
and think of my kindness
and wonder if my gardener was warm now also also.

After some speculation on the apples ‘fattening on their own trees without us,’ the poem ends,

and one of us, first, then the other,
might start to wonder a little,
while pushing a cut of cured applewood into the fire,
about loneliness and separateness and what
it is lives outside one person’s skin and inside another’s.

It is Frost who comes to mind here, too, but there is something Chekhovian in the introspection;  the almost neurotic sense of another’s life led so close to one’s own that their life and one’s own are interchangeable, backed up with that personification of the apples’ fattening in their own, separate lives.

As we have seen with ‘The Bowl’, Hirshfield has an extraordinary ability to inhabit other things and other people.  But the poems are not only about that inhabiting.  Hirshfield’s ‘activism’, if we can call it that, is an attempt to explore what happens when we do inhabit the existences of the Other.  If we witness, Hirshfield tells us, we need to know what that means, what that witness means in terms of how we might change not only our perceptions and also our behaviours.  That witness means a kind of absorbing, a taking in and then working back into the person or thing that we absorb from. This is a kind of phenomenological change, as pretentious as that sounds.  Hirshfield challenges the reader to perceive more completely.  And, yes, a lot of poetry, perhaps most of it tries to do this.  Hirshfield wants us to examine our perceptions so closely that we can see the truth in them, and accept them.  This acceptance is not, in turn, a passivity, it is a chance to become more fully ourselves in alignment with others.