Christian Wiman | Survival is a Style | reviewed by Ian Pople 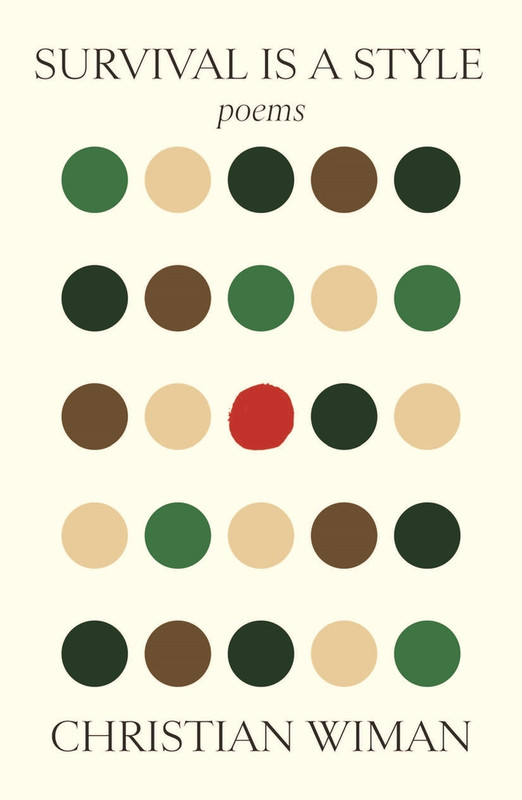 In his essay ‘God’s Truth is Life’, Christian Wiman writes, ‘What might it mean to be drawn into meanings that, in some profound and necessary sense, shatter us? This is what it means to love. This is what it should mean to write one more poem. The inner and outer urgency or it, the mysterious and confused agency of it. All love abhors habit, and poetry is a species of love.’

Wiman is a writer who has consistently written at a particular pitch of intensity. As he writes of Miklόs Radnóti in the same essay, Wiman’s poems ‘are at once unflinching and uncanny’; this latter in the Freudian sense of umheimliche, for which one gloss is ‘the return of the repressed.’ Both Wiman’s essays and his poetry circle, almost obsessively, around the idea that God abides in us and it is our duty to attend to that even at its most painful. That necessary intensity not only characterises Wiman’s approach to his subject matter but also to the style and voice of the surface of the poems. Therefore, it is no real surprise that Wiman’s new book of poems embraces that intensity in its very title. The poem ‘Ten Distillations’ from this collection is broken down into ten named couplets. The penultimate is ‘Natural Theology’, ‘Dawn, light dew on the grass, the air cool, clear. / Nothing more. Nothing mere.’ Natural Theology can be defined as, ‘The body of knowledge about God which may be obtained by human reason alone without the aid of revelation.’ Wiman is too complicated a believer to ever, I suspect, to feel that we can access God without at least some of the superstructure of ‘organised’ and revealed Christianity. But the poet in Wiman, the poet who is driven by the necessary intensity of that belief, wants to rejoice in the urgency and agency of that clear, dawn light. The complications of Wiman’s belief are contained in an earlier section in the same poem, ‘Inspiration’, ‘”The clearest morning is a thing to bear”’ / he writes, overjoyed, once more, by despair.’

It will be clear, even by now, that Herbert is a presiding genius where Wiman is concerned, Herbert and Hopkins, although Hopkins’ dense flourishing of language is not the style that Wiman survives in. For Wiman, Herbert was ‘conscious of some secular element at the very heart of making art, some necessary imaginative flair in himself that needed to be subdued, or at least tidied up and made fit for sacrifice.’ It might be that Wiman, writing in the first quarter of the 21st century, feels less the need to tidy up his ‘necessary imaginative flair’; he has, after all, had various platforms on which to exercise his imagination over the years. Not, perhaps, as an editor of Poetry, but certainly as a contributor to it and the other journals in which he’s published both his poetry and prose. It is certain, however, that the secular tensions of his time are not sacrificed but are there to be duelled with.

Wiman’s duelling with secular tensions is, in this book as elsewhere in Wiman’s writing, manifested in his profound empathy with the duels that others also undergo. In that sense, survival is the style for most of us. And if ‘style’ seems an inappropriate word for survival, it is a characteristic of Wiman’s very raw, visceral sense of irony. Thus, the ‘confessional’ in Wiman’s writing sits cheek by jowl with the ironic ‘sacrifice’ of so many lives. As he puts it in long poem, ‘The Parable of Perfect Silence’ with its own highly ironised title, these are ‘Hard lives hardly there’. And he admits that ‘When I began writing these lines / it was not, to be sure, inspiration but desperation, / to be alive, to believe again in the love of God.’ It is into the potential abyss between the love of God and the love of humanity that Wiman peers so successfully. And it is the poetry, through its manifold empathies, that Wiman is desperate to build a bridge across that abyss. This is a religious poetry that is written upon a social realism: Wiman’s own hardscrabble upbringing and the obvious tensions with his father; two men on death row who ‘talk through slots in their doors / of whatever mercy or misery / the magazine has ordained for the day – ‘; ‘even the undertaker, a friend / from high school, has graduated to heroin.’ And Wiman’s own purchase upon that irony enables him to see that so much of this is ‘local color, peasant levity, the language fuming and steaming / rich as the mist of rot that rises off the compost heap.’ Wiman’s writing is never, however, some poeticised, religious misery memoir. What drives Wiman on is a profound sense of that duel with the tensions of intellectual ambition, religious faith and religious doubt, the difficulty of living for so many – Wiman, himself, is living in remission from cancer – , and also the urgent necessity of witness in writing.