Helen Pluckrose and James Lindsay | Cynical Theories: How Activist Scholarship Made Everything about Race, Gender, and Identity – and Why This Harms Everybody | Pitchstone Publishing 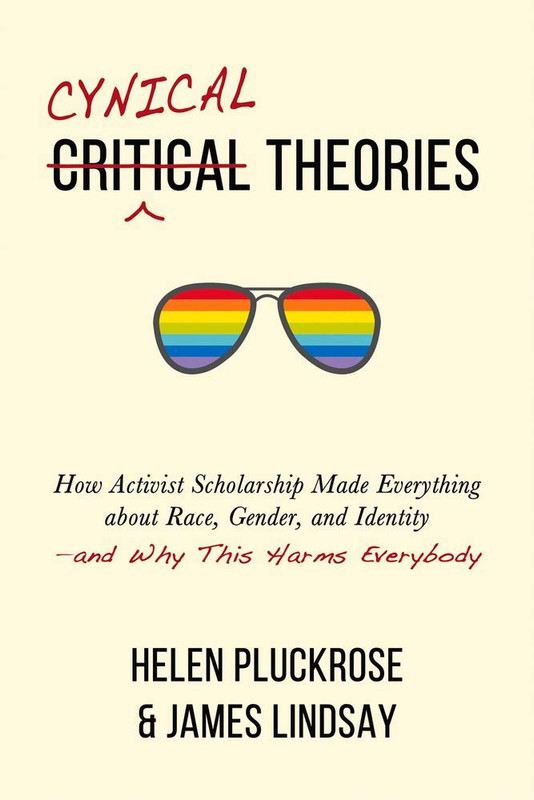 Helen Pluckrose and James Lindsay’s new book, Cynical Theories, argues that much of modern scholarship has been ideologically compromised, endangering education and progress. With identity politics rising in global prominence, the authors analyse postmodern Critical Theory, which they place at the heart of the modern left’s tendency to ground discourses in race, gender and identity. They characterise this tendency to be cynical in principle and flawed in application, with serious collateral damage. In the final sections, the authors contemplate the grains of truth underpinning their opponents’ positions and suggest a remedial course back to social progress.

The book is presented as a sequence of essays around the central themes as they play out in different categories of activism and Critical Theory. The authors have likely structured the text in the interests of the reader’s convenience; this format makes it easier for the reader to find the relevant section and acquaint themselves with the arguments without having to read the entire thing. These early essays are somewhat repetitive, referencing the same examples of injustice more than once, rather than spreading out to further the point. Despite this, the sections are well-grounded and suggest that they are a familiar intellectual stamping ground for the authors.

This book explores the theoretical contributions of French academics such as Jean-François Lyotard, Jacques Derrida and Michel Foucault, and manages to compress decades of intellectual history into a short space for the purpose of their argument. The authors assert that the negative legacy of postmodernism, notably in epistemology and language, are still felt today in Critical Theory and activism, and this is leading to ideology-led decisions and censorship in universities. As each generation of students graduates and moves on to positions in the workplace and politics, the authors expect that they will translate now-axiomatic ideas to government and the private sector, enforcing them unchecked as the previous generation retires. If the ideas are poor, and if adherents brook no dissent, as the authors claim, their ideology will have constructed the precise kind of controlling metanarrative that the original philosophers, as well as its more modernist critics, consistently railed against.

In the final sections, the authors write something interesting and unexpected—in addition to arguing for a return to more rigorous debate and respect for science, the individual and liberal thought, they open themselves up for critique. The authors admit there are no silver bullets, no panaceas, no absolute foresight. Perhaps ironically, this places them more in accordance with the original postmodernists than their targets for critique. For the authors, progress is difficult, slow, and fraught with danger. They explain that their opponents have positions that hold many kernels of truth and should be contemplated and dissected, as should their own positions. This kind of honesty and respect is rare in polemics, and the authors should be commended for saying it. This section may also alienate the right-wing culture warriors who ordered this book expecting to have all their biases confirmed.

The lay reader who dislikes Critical Theory and activist scholarship is expected to enjoy this book, and the early reviews from pundits like Douglas Murray in the Times suggest that this will be the case. Such readers should take care, however, as disputes regarding the quality and fairness of the scholarship has raised by some reviewers, asserting the misrepresentation of positions through selective quotation, saying that the threat the book outlines can dismissed as melodramatic. This is par the course for this kind of book, however; the works of Richard Dawkins, AC Grayling or John Gray always result in similar responses with mixed justification. The lay reader may not know enough Foucault or bell hooks to state with certainty whether these criticisms of the book are fair or apologetic in nature. A rational reader, then, should probably remain sceptical, curious and willing to read more.

Despite its flaws, Cynical Theories is an important, interesting, accessible, and extensively cited work of non-fiction. It avoids the pitfalls of texts caught up in ‘culture war’ subjects; it intentionally avoids screeds of left- and right-wing punditry and the reader is likely to come away feeling that it has been academic and fair towards its opponents. This should be read especially by those involved in activism and the humanities, even (especially) if they disagree. The true goal of this book is to ground, refine and improve the arguments for social progress, not halt them.