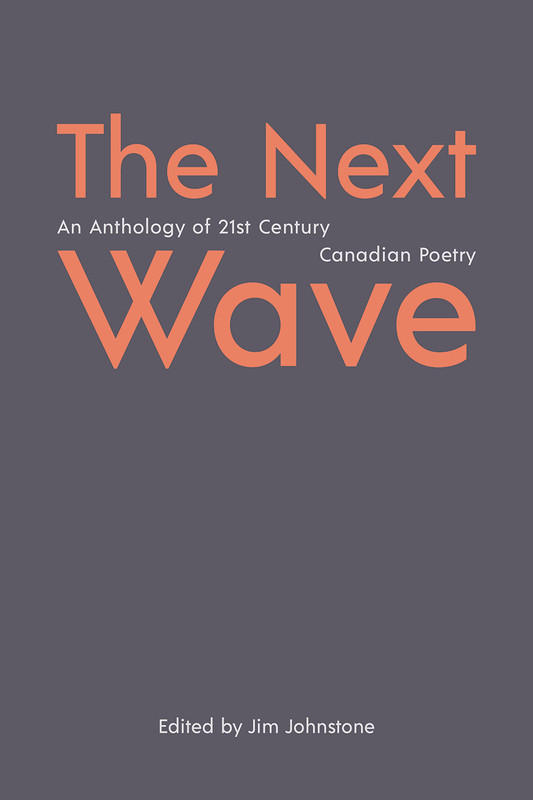 In the introduction to their 2010 anthology, Modern Canadian Poets (Carcanet), the editors, Evan Jones and Todd Swift give a fairly exhaustive list of anthologies of Canadian Poetry, as if in riposte to their own editor, Michael Schmidt’s, comment that Canadian poetry is a ‘short street’. Nearly ten years after Jones and Swift comes Jim Johnstone’s compendious The Next Wave with its nearly forty poets and some 150 poems; ‘short street’ indeed!!

Given the very wide parameters for such an anthology, it is no surprise that some of the content feels more achieved than other. And it’s no surprise either that some of the content does, actually, feel very achieved. One such poet is Jordan Abel, already a winner of the Griffin Prize. Abel’s work clearly originates in his First Nations identity, and the subject matter tackles the oppression of these peoples head-on. There is, however, a complete absence of cliché about both Abel’s content and his approach. Abel’s writing has something of ‘the western’ about it; a laconic parody of a kind of Zane Grey sensibility. At the same time, his technique of combining visual poetry with a beautifully written lyricism makes these poems very involving. Other identities are also evoked in the poetry of Sadiqa de Meijer, with its blends of Englishes, and Sachiko Murakami whose poem ‘Rebuild’ finishes, ‘Instead names are changed, a farm’s, / and the official memory. Now a child is born in exile. // Now he becomes a father. Now redress. / Now he’s a father, a body. Now ashes. // Now begin. // Now begin again.’ Although this kind of writing may verge on simplification, its powerful incantatory nature responds to a sense of lives which feel themselves marginalised and deracinated.

One response to the spread of identity over the land mass of Canada is, perhaps, to particularise in the domestic. Sonnet L’Abbé and Souvankham Thammavongsa both produce writing which evokes the ‘home’. And they do so with deft poems that achieve through juxtaposition and contrast. In CXXVIII, Sonnet L’Abbé invokes her father’s ceramics’ studio or, rather, the circumstances of its creation and those around him who worked the clay. Souvankham Thammavongsa, again writing from the experience of the diaspora, contrasts the here with the past. In ‘Materials’ she writes of how the only reading materials of her childhood were newspapers laid out on the floor to dry boots. Later, however, ‘When I learned to read, / the winter boots // lay dripping / in the hallway; // the glass, broken / and uncovered / because I knew this / this // would be my way in’. And although there are capitals to indicate where new sentences might begin, there are no full stops to indicate where the sentences might end. Thus the short couplets open out into an experience which is both rooted in the house but is never finite.

The trans writer Autumn Getty blends the personal and the political in the lovely poem, ‘Pender and Hamilton’. Here, the Canadian landscape is a place where reflection on the self is enabled, ‘I love the little roads, though;/ cement or dirt, it doesn’t matter. Signs, / private, don’t come in. I would, unknown, / if only the poor things knew I lived openly / in dark and light alike.’ The ‘poor things’ are both human and the flocks, ‘sheep and swine both’ that the narrator tends. And that ‘swine’ brings a valuable, historical dimension to that sense of the located, and freed, self.

There are contributors to this anthology who have made their mark on the wider world of literature already: Evan Jones, Jason Guriel, Nyla Matuk. And, clearly, a number of the other contributors seem poised to make their own mark. Of those, my own, entirely subjective choice would light on Mark Callahan’s deft and lyrical descriptions, which, similar to Getty’s mentioned above, turn inwards into reflection in a way which is both resonant and totally unsentimental. Layla Czaga has a deeply empathetic imagination which moves from Victoria Soto shielding her pupils from the Sandy Hook gunman to the way a lantern festival reveals something much deeper about the people involved in it. James Pollock revisits myth with a neat contemporary twist. And Catriona Wright has an interesting take on small town life with, again, a warm empathy.

My sincere apologies to the others of the forty contributors; each of the poets in this fine book has interesting things to say, often conveyed with considerable skill. Any reader would find something here which chimed with their own imagination. 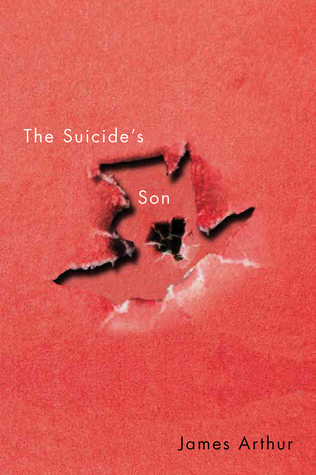 James Arthur is also one of the contributors to The Next Wave who has started to make a mark on the wider scene of North American poetry. His first collection, Charms Against Lightning, was published by Copper Canyon in the US, where Arthur teaches at Johns Hopkins. The title of this collection, The Suicide’s Son, and the title of his previous volume suggest some of the intensity underlying Arthur’s poems. The current title also suggests the sense of legacy that runs through the collection, and which is pointed out in the back cover blurb. That sense of legacy for the self and the Other is important as Arthur often consciously blurs the boundaries between the persona poem and the personal poem.

The book opens with two of the former, ‘Effigy’ in which an effigy describes its own immolation in a fire, and the second of these is ‘Frankenstein’s Monster’. This poem is a particularly successful semi-satire; a ‘semi-satire’ because, although the poem is serious enough, not only does it relocate the Monster to a condo in New York, it also relocates him to the twenty-first century. The poem also sends up what might be seen as ‘traditional’ views of the fate of Frankenstein’s monster; ‘I’m happy in this place / where I’m one more person with panache / and an ugly face. … I’m not Boris Karloff, lurching / around, a mute – I hate that guy; / I get laid. Here people suffer without believing // that every stranger should have to feel it.’ It has to be said that not every poem in this book has that ‘panache’. But part of Arthur’s intense sense of legacy is his considerable empathy with his subjects. Thus, the book is personal, in the sense that Arthur’s subjects tend to be people and their characteristics.

As noted, it is clear that there are poems in this collection where Arthur is writing autobiographically. There are poems to what can only be Arthur’s own son. The tone here is one of undisguised, unashamed love and the poems are no worse for it. At the beginning of the poem, ‘Hundred Acre Wood’ Arthur muses on the stories of Winnie-the-Pooh; ‘Some of these stories are too sweet for me. / Winnie-the Pooh is so innocent, his little songs leave me cold. // But I like this – your hand across my hand, your head against my shoulder … You never can tell with bees, / says Pooh, who seems to believe that almost nothing can be told, /but I am your morose, restless father, / and you are four years old.’ The confessional element seems to expose Arthur’s emotions even as he leads us to his critique of Winnie-the-Pooh. The success of these lines is in part the clarity in which the contrast of behaviour of father and son is played out. Arthur’s interpolated comments on the ‘action’ are measured and interesting, as in the comment on Pooh’s equivalent lack of belief, and that fine, quick contrast of the father’s emotions with the child’s age. Here, everything is said by saying nothing. The absence signified by the quiet fact of the child’s age is like a mirror in which the father’s emotions are reflected back on him.

These good, unadorned moments are carefully plotted by Arthur in poems which often start with something seemingly innocent and then sway into much more dangerous territory. ‘Model – Train Display at Christmas in a Shopping Mall Food Court’, for example, begins, ‘These kids watching so intently / on every side of the display / must love the feeling of being gigantic: / of having a giant’s power / over this world of snow, where buttons / lift and lower / the railway crossing gate.’ The poem begins with the possibly innocent ‘kids’, then Arthur marshalls his lines so we get lines which end with indications of power, i.e., ‘being gigantic’ and ‘a giant’s power’, and also the punch of the short line with the alliteration of ‘lift and lower’. Arthur is very good at controlling the rhythm of the lines and the way information flows in and around them. The model railway not only has, in and of itself, a kind of innocence, ‘the diner’s always open / so you can always get a meal.’ But the railway can fuel a very different kind of imagination; as the next lines reveal; ‘Or go down to the drive-in / looking for a fight, or stay up / all night, so tormented by desire, you can hardly think.’

And, yes, there is indeed a kind of perversity about that imagining, but Arthur’s project, I would suggest, is to push the world of the poem and the world of the reader into a recognition of the kind of truth of which poetry is particularly capable. This is a truth which can be very uncomfortable but also sustaining, when blended with the other kinds of sanities this entirely admirable book explores.