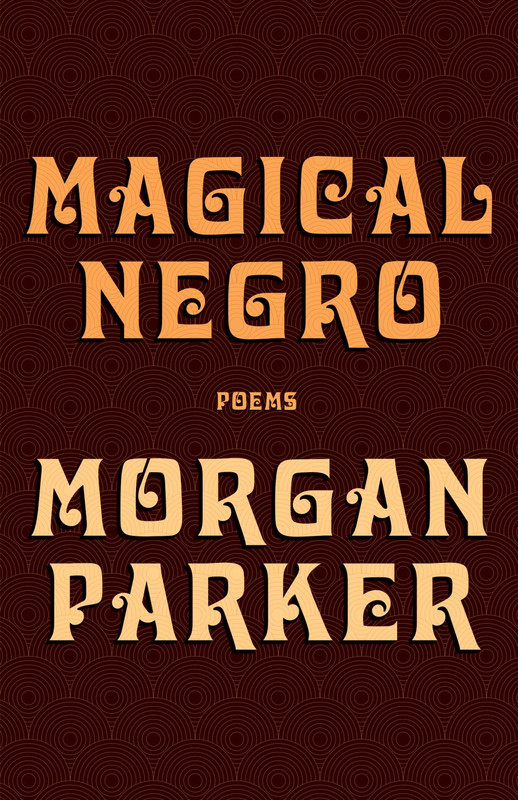 Danez Smith is quoted on the front of Morgan Parker’s new collection as declaring that Parker as ‘on of this generation’s finest minds.’ One reason for concentrating on Parker’s intellect might be that Parker’s writing, for all its often unconstrained, emotional vehemence, is actually a study in rhetoric. A study in the rhetoric of racial and sexual discrimination. And lest that be thought, in turn, to narrow and confine, it also needs to be said that Parker’s poems do reach out into a range of lyrical areas, and very precise description.

In ‘Two White Girls in the African Braid Shop on Marcy and Fulton’, Parker imagines a kind of stream of consciousness for the girls. The girls are in what is an entirely alien environment, and in that situation, their discourse is skewed.

‘Does it hurt. Why did you come here. What do you want. Are you filming this. Do you       live in this neighborhood. Do you have a picture. Do you feel comfortable. Can I ask is       that a weave. Why do you feel comfortable. Is the neighborhood treating you well. Do       you read the news. Where’s your real hair. Do you like America. Are you filming this.       How much. Dollars.’

Parker’s technique here is not simply the quick fire questions, to which there are no answers. The lack of answers also gives the sense that the other women in the salon do not actually exist, or even need to exist. The questions, in themselves, clearly show the attitudes and assumptions of the ‘two white girls’, e.g. ‘Where’s your real hair’ and ‘Do you like America’. These questions assume the otherness of the other women in the salon, that their place in ‘America’ is provisional and contingent. At the same time, there seem to be questions from those in the salon, which suggest a kind of horror at being the objects of the ‘visit’, as though they were objects in a kind of living zoo. And Parker plays on the way in which the origins of the questions from both ‘sides’ here, are blurred. In this way, the emotions of the occasion and its excruciatingly embarrassed feelings are heightened.

If the ‘white girls’ questions were blanket racism, that would be bad enough, but Parker shows that this isn’t just racism, but also a continuation of colonialism by any other name. The questions put the recipients in their place, not only through the kinds of ‘sticky’, intrusive curiosity and faux naivete. The questions also betray the moral positioning of the questioners. This starts with the ‘Does it hurt’, at the very beginning, and moves into ‘Is the neighborhood treating you well’, although this latter might be asked by one of the people in the salon.

At moments, the ‘conversation’ descends into chaos,

‘Did you just take a picture of me. How do you feel about America. Is it too late.       Reminds me of TV plantations. You’ll get the shoes when I have enough money. Stop       crying. Your mother loves you. Not too tight because I am tender. Not too big because I       want it to last.’

What Parker shows here is that dialogue between these women is an impossibility. Both sets of women, the white and the African American, are conditioned by their relative inheritances. They do not have the wherewithal to speak to each other.

‘Two White Girls’ is followed in the collection by ‘Now More Than Ever’. This poem is a further exploration of the way in which language traps its user in patterns. The poem begins,

‘This is a phrase used by Whites to express their surprise and disapproval of social and       political conditions which, to the Negro, are devastatingly usual. Often accompanied by       an unsolicited touch on the forearm or shoulder, this expression is a favorite among       the most politically liberal but socially comfortable of Whites.’

The bland, uninflected nature of Parker’s writing here is part of the devastating critique of White liberalism. Had the writing been less measured the point would have been lost. Parker’s writing is couched in a kind of politeness which, in itself, ironises the statement, ‘Now more than ever’, with its grandiosity and inbuilt … I’m tempted to say mendacity, given the election campaign we’ve just been through.

Elsewhere in the book, the tone is far less measured and often very direct. Several of the poems carry the title of the volume itself, and these are portraits of well-known figures, including Gladys Knight, Diana Ross and Michael Jackson. And Parker references other such figures throughout the book, Frederick Douglass, Aretha Franklin, and Sammy Davis Jr. The portrait of the latter is particularly poignant focusing, as it does, on his position in Hollywood as a kind of token, ‘There are no dressing rooms for you // snickering in golf pants // they regret to inform // stirring bloodies with celery stalks’

Magical Negro is book of real control and vehemence. And it is Parker’s technical brilliance which makes the message all the stronger.