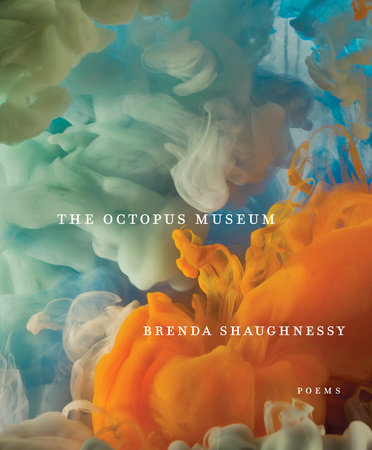 Brenda Shaughnessy’s basic style is to have long prose poem lines composed of short, declarative sentences. The effect of this is both to sustain argument while delivering snap and weight. At the same time, there is sometimes a slightly curt, slightly overly driven feel to the writing. In part, that sense of drive is Shaughnessy’s understandable need to react to the world she lives in. This is a reaction mostly to the climate crisis, but also to the political situation of the contemporary US.

Shaughnessy’s sense of commitment is clear on the Contents’ page. Following on from the focus of the book’s title, the Contents’ page, itself has the heading, ‘Visitor’s Guide to the OM Exhibits’. The sections in the ‘Guide’ include: ‘Special Collection: “As They Were”’, and “To Serve Man”: Rituals of the Late Anthropocene Colony’. The final section is entitled, ‘Permanent Collection: Archive of Pre-Existing Conditions’, the first poem of which is ‘Are Women People?’. None of these titles can leave the reader in any doubt of Shaughnessy’s position on the current predicament of the planet.

Shaughnessy also makes the personal, political. The opening poem of the collection is called, ‘Identity and Community (There is no “I” in “Sea”)’. Again, the title announces the preoccupations of the poem. And Shaughnessy writes, ‘At seaside, I have that familiar feeling sense of being left out, too far to glean the secret: how go in? / What an inhuman surface the sea has, always open.’ The first thing to not are the solecisms of ‘At seaside’ and ‘how go in?’. These are unusual in the book, whose address is usually quite straightforward. Here, Shaughnessy seems to mimic the emotional confusions of the narrator. The language describing her physical location and the process needed to engage with that location becomes undermined and fractured by the very attempt at engagement.

The second section of the book is the section called ‘Special Collection: “As They Were”. These poems are highly coloured imaginings of a dystopia in which art, relationships, and even games are subject to the needs of a resource depleted world. These particular poems are richly imagined and immersive; Shaughnessy thinks herself deep into a detailed and evocative place. ‘Dream of Brown’ begins, ‘I am dressed in brown, at a long brown wooden table set for twelve, one of many tables stretching forever. … Each tabletop place is demarcated into sections, a hole for each person to sink a cup so we can barely pull it out by the slightly flared edge when we want to drink. It helps to lever it up with the thin edge of a brown wooden knife.’ Later, Shaughnessy writes, ‘You sit near me, leaving still one space empty between us. I can’t believe how good I suddenly feel. Excitement, possibility, hope. I think of the ways I could manage to eat in front of you, giddily, clumsily, hardly at all.’ Shaughnessy is adept at conjuring up a rich, inner and outer world with these lines. In doing so, she blurs the boundaries between poetry and fiction, a blurring which has been part the landscape of ‘poetry’ from Homer on. Like those illustrious predecessors, Shaughnessy is able to pull the reader into a minutely observed world and does it here with a that rather flat style. This style offers the reader a transparent surface through which ‘action’ and ‘thought’ take precedence over description.

The transparent surface of the writing is, perhaps, the dominant strategy of the whole book, which moves through its dystopian text world with increasing urgency. The narrative trajectory of the book ends with a set of persona poems which show society’s progressive disintegration, a disintegration which inevitably leaves the disadvantaged further behind. Towards the end of the book is the poem, ‘Our family on the Run’, which begins, ‘Everything organised around Cal in his wheelchair. He can’t walk and I can’t carry him far. We’d have the wheelchair van, as long as we could find gas. Simone in the side seat, Craig and me in the front. // Maybe spray paint a Super Soaker metallic silver to look like a real weapon?’ Since the names used here are the names of Brenda Shaughnessy’s real family, the poem is especially poignant.

Shaughnessy’s poems in this book offer a hard-hitting vision of an America in which altruism and kindness are in very short supply. This is a world which has forgotten its responsibilities to both its people and the planet. The book is, as I have tried to suggest, political but also personal, in the way it details the corrosive effect of that lack of responsibility.