Carolyn Forché | The Country Between Us | reviewed by Ian Pople

Carolyn Forché | The Country Between Us | Bloodaxe: £9.95 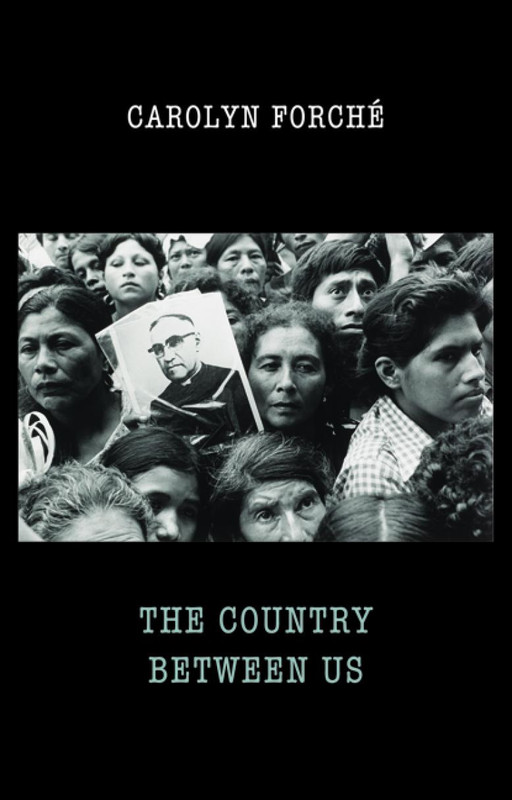 Forché’s The Country Between Us is a reissue of a book which was originally published by Jonathan Cape shortly after its original publication in the US. It is a book of poems that documents Forché’s time in El Salvador as it was turning to civil war. It is reissued now to coincide with Forché’s memoir of those times, What You Have Heard Is True, described by the New York Times as ‘beautifully and powerfully’ written, and a ‘magnificent memoir’. It would be a little glib to describe the poems in this book in the same way – end of review – but it’s true. It’s difficult to come up with a way of describing how these poems seem transparent of the experiences they convey, but their elegance and control do seem both ‘beautiful and powerful’. These poems are certainly poems of witness, but Forché’s skill in the book is not simply to record, but to interpose herself both inside and outside the poetry. That interposition is also one with the experience which these poems record. The result is a voice which seems absolutely at one with the content. There’s very little sense of strain in these poems even in the moment when Forché is angriest, and when the content is at its most harrowing.

Because Forché is not one to hang back. The reader is left with few illusions about the nature of the dirty war which was the bloody conflict in El Salvador in the late 1970s. In the poem, ‘Return’, written ‘for Josephine Crum’, Forché writes,

And so, you say, you’ve learned a little
about starvation: a child like a supper scrap
filling with worms, many children strung
together, as if they were cut from paper
and all in a delicate chain. And that people
who rescue physicists, lawyers and poets
lie in their beds at night with reports
of mice introduced into women, of men
whose testicles are crushed like eggs.

The address here is mediated in a number ways. The poem is addressed to a second person, we presume Josephine Crum’ who has, in theory, ‘learned a little’. But it is clear that that learning is ironized, by the ‘you say’ that precedes it, and also by the devastating litany which follows it. The tone suggests that ‘you say[ing]’ is simply that – a statement. And the litany which follows piles on the horror, which the ‘saying’ could not possibly testify to absorbing. In addition, we have the people who are the more local witnesses – those who ‘lie in their beds at night with reports’. These are the rescuers but also those who may testify to the outside world with the reports. And then, there is the reader of the poem, you and I. Forché dares us as readers to simply ‘say’ that we have ‘learned a little’. This final ‘learning’ also redounds, to some extent on Forché as the writer. A fierce reportage is contained and the cumulative address challenges us, the reader, to dare to ask Forché about, firstly, the authenticity of the witness and secondly, the authenticity of the feeling when it is mediated through the considerable technique and artifice of her poems.

Such comments may be, of course, the result of too much post-modernism. But it is interesting that Forché’s current prose memoir is titled after the opening line of a prose poem in this collection. This is the poem, ‘The Colonel’ which describes a visit to the eponymous colonel, who, it is quite clear, is responsible for a considerable amount of the violence carried out in his country.

The colonel returned with a sack used to bring groceries home. He spilled many human ears on the table. They were like dried peach halves. There is no other way to say this. He took one of them in his hands, shook it in our faces, dropped it into a water glass. It came alive there. I am tired of fooling around he said. As for the rights of anyone, tell your people they can go fuck themselves.

The obvious elements in this are the short sentences, the deft and devastating simile of the ‘dried peach halves’ (will you ever look at one in the same way again?). And then the way the narrative is continued with the ear coming alive. Within this, the artist intervenes, declaring a kind of limitation which is not a limitation. By suggesting that ‘there is no other way to say this,’ Forché actually asks the reader to collude in accepting the simile as being the very best one. It is a technique which both leavens the load by breaking the flow but also acts as a way of pulling the reader further into the content. As I have suggested, will we ever be able to look at a dried peach in the same way again!

And then we pull out to the braggadocio of the Colonel. Forché, I would suggest, almost has her cake and eats it here. The poem contextualises his comments with reports on the domesticity of the colonel, his wife, their children, and servant. There is a sense, to me anyway, that the colonel has his own vulnerability. Part of the witness of the poem is to the life of that man and his family.

Forché’s powerful book creates its own narrative trajectory. At the end in the book, Forché looks back on her time and the way unities were created,

he had heard them before me moving among the palms.
We were going to die there.
I remember the moon notching its way
through the palms and the calm sense that came
for me at the end of my life. In that moment
the woman beside me became my sister,

Then later, the poem adduces conflicts in Spain, German and the Soviet Union, this being the 1970s before the fall of the Iron Curtain. The poem ends with the sense of how her and our distance from these conflicts constructs a ‘false consciousness’ in us,

we hover in a calm protected world like
netted fish, exactly like netted fish.
It is either the beginning or the end
of the world, and the choice is ourselves
or nothing.

This calm, unadorned language with its precise similes shows us that our choices are actually deeply complicit in those conflicts. Although Forché would, I would suggest, not hold us, the readers, responsible for those conflicts, the netted feeling is a kind of choice. We place ourselves in that protective netting. It is a choice for self-preservation, which Forché understands. But where the choice is a beginning or an ending, we appear to choose neither; we can neither renew nor complete. We appear all too often to choose nothing, and that is acquiescence. It is a little glib, perhaps, to suggest that although Forché’s poems are set some forty years distant, the choices she adumbrates are utterly contemporary. But the timely reissue of this book makes its relevance clear.