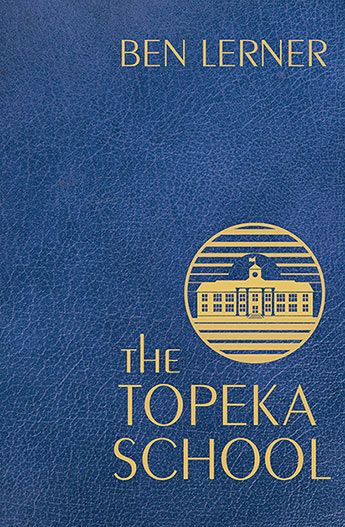 A dozen-or-so pages into Ben Lerner’s The Topeka School, the narrator Adam Gordon demonstrates the professional debating technique known as ‘the spread’. A competitor proposes as many arguments as possible within their allotted time. The speech is quick and aggressive, ratcheting ‘to nearly unintelligible speed, pitch and volume rising’ and gasping ‘like a swimmer surfacing, or maybe drowning’. The idea is that adversaries cannot respond to every position and they become overwhelmed with excessive information. The more stats and facts – true or false, substantiated or unsubstantiated – the thinner the arguments: debate loses its structure, rebuttals lose their scrutiny and civilised discourse descends into unhelpful shouting matches.

Sounds familiar? Arguments and screaming and insults? Experienced any of that recently? Heard any of that recently? If you think this smacks of political commentary, then you’d probably be right. Lerner’s third novel is anything but subtle. It affixes itself to the contemporary in a way previous novels Leaving the Atocha Station (2011) and 10:04 (2014) simply didn’t—references include MAGA hats, Donald Trump, Ivanka Trump, Sarah Palin, toxic masculinity and the American border patrol ICE. (Oh, and plenty of references to John Ashbery too, Lerner’s favourite poet.) The idea, it seems, is that this unique age of language failure – represented by echo chambers and ‘the spread’ – is symptomatic of lost American values and the fragmentation of a nation.

The Topeka School’s structure is fragmented too. Following the tradition of American domestic novels such as Jonathan Franzen’s Freedom (2010) or Ann Pratchett’s Commonwealth (2016), Lerner presents the perspectives of three family members: Adam (who acts as a surrogate for Lerner himself and also appeared in Leaving the Atocha Station) and his parents – Jonathan and Jane – who are psychiatrists at an institution in Kansas. To make matters more complicated, perspectives flit between first, third and, occasionally, second person. Finally, we get the social outcast and all-round loner Darren. His silently brewing and (oddly) italicized speech rumbles beneath the main narrative like Mozart’s Requiem or the score from Taxi Driver—you know violence is coming, you just don’t know when (although you probably do know it will come at the end).

Summarising the plot isn’t easy and this is typical Lerner: a blurb-writer’s nightmare. If one were to describe Leaving the Atocha Station and 10:04 then it would go something like this: ‘twenty-something-year-old man smokes weed in Spain and thinks about things’ and ‘thirty-something-year-old man with a heart condition in New York thinks about things’. The Topeka School is similar, there’s lots of thinking, there’s lots of pondering and several ingenious turns of phrase: for example, Adam mulls over phosphenes – these are the ‘rings of red or yellow light or tasselated feather shapes’ which linger after eyelids close (commonly referred to as ‘seeing stars’). Like Wittgenstein’s beetle, Adam will never be ‘able to figure out if his parents or friends shared this experience just above the threshold of perception; the patterns dissipated under the weight of language, remained irreducibly private’.

And as we read on, the idea of language failure crops up again and again. For example, the father, Jonathan, pioneers the experiment of ‘speech shadowing’: this is where participants listen to recordings and immediately parrot the words verbatim. With each iteration, the controller quickens the recording and ‘a significant number of the subjects would, past a certain threshold, begin to drivel’, quite unaware of having done so. Lerner surely intends this to be a metaphor for our infected public discourse: think ‘Take Back Control!’, ‘Basket of Deplorables’ and ‘Enemy of the People!’, phrases repeated by ordinary voters again and again, often automatically. Darren – symbol of the ignored white underbelly of the American Midwest – has the most disturbed language of all. His ramblings teeter on incomprehensibility, during one episode he can’t stop saying his own name in his head: ‘Darren…Darren…Darren…Darren’.

But is this really a novel? Can we really say Lerner does the same thing as Austen or Dickens or Atwood? Perhaps this is a collection of essays or micro-thoughts, presented through imagined characters and using novelistic techniques, rather than something which can be deemed traditional fiction? Perhaps Lerner should have committed to the essay form and dispensed with characters altogether? But, then, on the other hand, the novel (novelty, newness, originality) has always been about innovation, pushing the form to its boundaries, toying with expression, trying out new things.

So I can’t really say I enjoyed the process of reading the book, though I enjoyed bits and pieces here and there. But I’m glad it exists, it was a useful exercise; I learned something about consciousness and expression and societal fragmentation and narrative experimentation. So, if you do end up reading it, expect something a bit different. Don’t buy the book for comfort or passive digestion by the fire with mulled wine and a mince pie. Buy it to test yourself and your ideas. Buy it for the challenge.