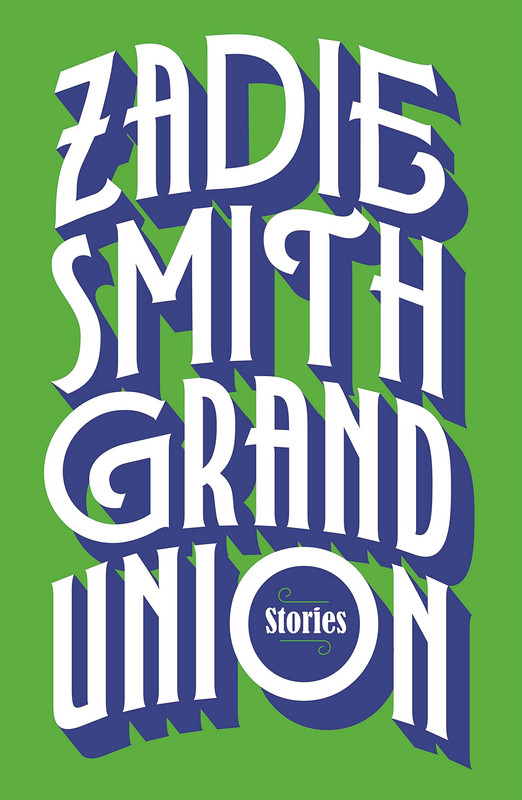 Since the publication of White Teeth in the year 2000, Zadie Smith has published her fair share of books: four novels, a novella, two collections of essays, dozens of journalism pieces and now a short story collection, Grand Union. And like the rest, this book is truly contemporary, tackling hot topics ranging from knife crime to vegetarianism, womanhood and the influence of tech.

So said the novelist Mark Haddon in a 2016 interview with The Guardian before the publication of his first collection, The Pier Falls. Smith seems to be running with the same line with Grand Union – promoting the collection in an interview with Marie Curie, she says there isn’t a major difference between the essay and the short story: ‘For me, there’s only writing. It can be done more or less effectively’.

And yet there seems to be something conscious going on with Grand Union, something to suggest this isn’t ‘only writing’. The pieces are notably short: there are 19 stories within its 240 pages (averaging 12 or so pages each), and some pieces cannot really be deemed stories at all. ‘The Lazy River’, ‘Words and Music’, ‘Parents’ Morning Epiphany’ and ‘Mood’ are more like story-essays than traditional shorts. Longer pieces follow the traditional format – plot, characters, beginning, middle and end – though they do tackle the big issues. ‘Miss Adele Amidst the Corsets’ tells the tale of a transgender woman’s difficult (yet comedic) NY shopping experience and ‘Kelso Deconstructed’ the real-life murder of Kelso Cochrane in Notting Hill in 1959. Smith has never been afraid to confront controversial subjects and this collection is clearly no exception.

But does it work? Smith’s success as a writer began with the novel; a form notoriously difficult to categorise and notoriously difficult to contain. Such freedom is perfect for something like White Teeth and the book was like a twenty-first century ice-bath at the time, startling fiction into the next generation of writers. Sprawling and metastasising London, multiracial Dickensian characters, Bangladeshi and Jamaican patois—the book said, ‘out with the old and in with the new’ and it said it with a bang.

As a self-confessed Smith-o-phile, it pains me to say that Grand Union lacks this imaginative freedom. The writer is fettered by the form—she approaches tough and pertinent subjects, yes, but everything is all too quicklywrapped up within a couple of pages. We yearn for that great Smithsonian character: the Irie Jones, the Samad Miah Iqbal, the Alex Li-Tandem, the Howard Belsey. We get depictions of the city (the post apocalyptic ‘Escape from New York’) and we get elegiac rants (the first person ‘Blocked’) but they are watered -down versions of the big books, thin gruel rather than rambunctious novelistic stew.

David Mitchell said with short stories ‘there’s not a lot of leeway… a few duff sentences, one wrong turn and the shimmering magic that inflates and causes a story to ascend fails and it comes crashing down to earth’. I must say, I tend to agree with Mitchell rather than Haddon or Smith. The shorter form is different. The fact the writer uses fewer words does change the nature of the piece. To continue the airborne analogy, the thing needs to take-off quicker, enter cruise control, and achieve landing in fewer words and fewer minutes.

Smith’s last successful novel was On Beauty. Sometimes, we can’t be good at everything, and short stories aren’t really Smith’s bag. Yet, she remains a truly gifted novelist and the most important British fiction writer so far this millennium. Hopefully, we shouldn’t have too long to wait for another big book either: an unnamed historical
novel is due later this year.