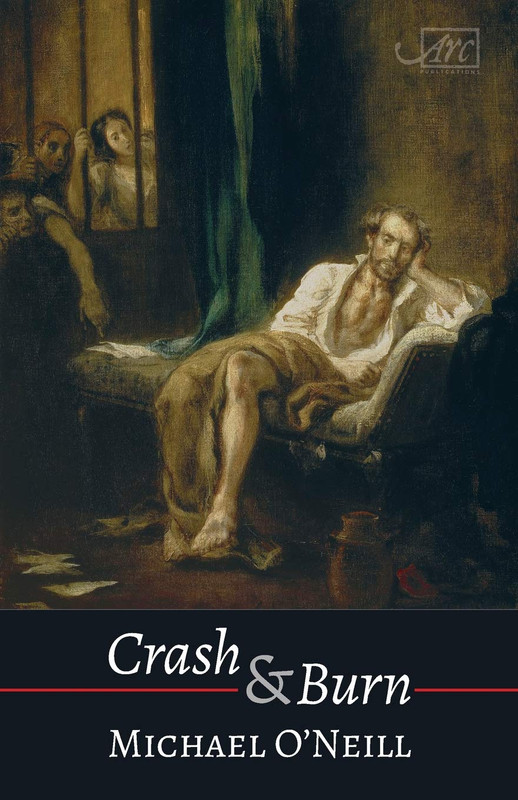 Michael O’Neill’s death in December of last year was a grievous loss to British letters. He was one of our finest commentators on Romantic poetry, in particular Shelley, whose collected works he edited with Zachary Leader, although these were not his only academic interests. O’Neill’s wonderful collection of essays, All-Sustaining Air, examined the legacies of Romanticism in the poetry of Geoffrey Hill, Paul Muldoon and Roy Fisher amongst others. His essays were always beautifully and lucidly written while being scrupulous and original examinations of his chosen subjects. In person, O’Neill was courtesy and kindness itself.

I have to declare a personal interest in writing about O’Neill. He was the external examiner for my PhD. In fact, I had ‘chosen’ Michael some time before the viva, and had to wait for him to make the time; he was always in demand, and, clearly, was someone who demanded the highest standards of his own commitments. That commitment showed itself in his insistence in doing PhD supervisions even in the final week of his life. Though how his supervisees would have been able to sit there through the supervisions is a moot question. In my own viva, Michael behaved in that scrupulous, yet kind manner that I had expected. As far as I was concerned, there could not have been a better choice.

O’Neill was awarded a Gregory Award for his poetry but his first full collection, The Stripped Bed, did not appear until he was 37, for which he was awarded a Cholmondeley Award by the Society of Authors. There was then a hiatus of twenty eight years until the appearance of Wheel from Arc in 2008, followed quickly by three other volumes, including Crash and Burn published posthumously in April this year.

All four books have a quietly elegiac quality. The first of the four, Wheel, begins with ‘Post-Mortem’, a poem for a family cat which seems to have died in a cattery. And then there are the lovely poems of place, which thread throughout the four books. And these poems are not simply a response to place, or even, necessarily the way in which journey confers an inner change as well as an outer one. For O’Neill, writing about a place was a way of situating the world. And perhaps this situating is where his pursuit of Romanticism fitted in with his creative practice. The observer in an O’Neill poem situates himself in the place and in the relationship with the place, and in the reflection on the place, that observer attempts to transcend themselves to get to some kind of ‘poetic truth’. Where death occurs and, as suggested, mortality runs throughout these collections, that death is transcended to show what the life lived has given, and still offers the living.

And it is noticeable how often the poems have a ‘I’ or a ‘You’ who is the central persona/observer; a persona which always feels, to use O’Neill’s own phrase, to be the ‘authorising consciousness’ of the poem. In ‘Daypex’, from Wheel, O’Neill muses on a day ‘killing time’ in Peterborough before a reading, visiting the Cathedral and the L.P. Hartley room, only to find an email telling him that the event has been cancelled due to a suicide. Here, the ‘gift to the living’ is a heavily ironized gift to the writer; ‘The ticket lingered on / in the ward of your wallet for months; // it rebuked you somehow, pricking your skin / when your fingers revolved its edges // and turned itself once more, into lines.’ There is at one and the same time a delicious playing with words here: the ‘ward’ of the wallet, and sense of the railway ticket ‘turn[ing] itself once more, into lines.’ There is clearly the sense, too, of O’Neill’s seeing the way in which the writer in him cannot help but use the particular donnee of place and circumstance. Here O’Neill is caught in that rueful ambiguity of not missing the opportunity to write, but also in the fact that the physical object of the ticket rebukes that facility with words.

All this is not, I think, to suggest the obvious conclusion, that O’Neill was ‘much possessed by death and saw the skull beneath the skin.’ When O’Neill deals with death it is often part of a much larger concern in his poems for the evanescence of things. In particular, the evanescence of lives, from the life of the family cat through to the lives of those personal to him. If O’Neill is a great poet of elegy, it is to memorialize the effects of lives not just on the poet who memorializes but on the wider community of which those lives have been part. Memorializing is part of an exploration of the transitory as a whole. It is perhaps this sense of transition and flux which makes him such a good commentator on the Heraclitean in Roy Fisher’s poetry, as O’Neill did in The All-Sustaining Air. And allows him to make these beautiful lines from the poem, ‘Departure’, reflecting on a fox seen from a train,

All that anyone might pass on
seems like the light rain of leafy shadow
we imagine the fox making its way through
as the tide swings out beneath a crescent moon.

O’Neill’s volume Return of the Gift also contains its fair share of elegies, in particular to his mother, Margaret. The title poem reflects the transitory nature of writing. In the poem, O’Neill buys two second hand copies of, I’m assuming, his first book, The Stripped Bed, only to find, as many of us do, that one copy was dedicated to friends ‘who appeared to have chosen, / with the prudence / of late middle age, / to detoxify shelves that held / evidence of a taint / to be sponged away, expelled.’ As we can see, O’Neill’s language, here, is not the tempered calm of most of his other writing. Here, too, we can see that the transitory nature of our lives may not measure up to our expectations.

O’Neill’s final, posthumous volume, Crash and Burn charts the course of his final illness, the cancer of the oesophagus, which he mentions in a preliminary dedication to the medical staff who helped him through that illness. In this book, what is transitory and evanescent is his own existence. However, Crash and Burn is very far from a misery memoir. Into the final months of O’Neill’s life crowd not only people but, inevitably, memory.

In O’Neill’s case some of that memory is of other figures from English poetry, and it is ‘English’ poetry: William Empson, Roy Fuller, and also Coleridge. Empson had cancer of the throat, and O’Neill quotes Empson writing ‘how / very self-centred this disease does make one.’ O’Neill, ever conscious of the dangers of the solipsism of writing, comments on the use of ‘one’ here; how Empson moves from using ‘you’ to using the more generalizing ‘one’, moving the ‘disease’ itself into something wider, almost literally metastasizing.  Roy Fuller is clearly a poet for whom O’Neill has some real affection, although not a poet who is read so widely by the general poetry audience. In the poem ‘Leaves’, from the volume Wheel, O’Neill notes approvingly that Fuller, ‘console[d] / us unconsolingly for what // you had the nerve to look ahead to’. In Crash and Burn, O’Neill quotes Fuller’s ‘the camaraderie of carcinoma’, and the poem ‘From the Cancer Hospital’, ‘through which his dry litotes might flare and riot.’ These two literary heroes are able to look on the disease with an enviable and necessary distance. Coleridge, particularly the Coleridge of the magnificent Notebooks, is quoted in ‘Maltese Wafers’, a poem which describes a visit to Malta. O’Neill writes ‘of how the new place has begun / to live in the poet’s attuned sensorium, to stick to his mouth and fingers, to inhabit his thoughts’. O’Neill’s poem bounces off the Notebooks, not only to create comparisons with O’Neill’s own experiences, but also to show how writing is more than that, how writing is never a substitute for living. For Coleridge and for O’Neill writing is a way of grappling with life and its ‘“restlessness”, its “fragmentary nature” and “connection’ / to “Wholeness”, that elusive grail.’ It is that sense of wanting to celebrate life and living that makes this final valedictory volume so good and so strong.

MLF 2019: Emilie Pine and Sinead Gleeson at the IABF, 13/10/19, reviewed by Erin McNamara
The Talleyrand | How To Beat Up Your Dad | reviewed by Fran Slater