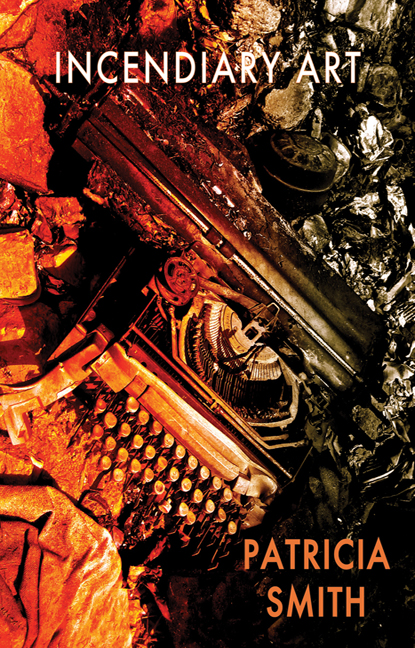 …and indeed it is. There is, perhaps, little surprise about the contents of much of this immensely powerful book. Given the events that are reported, and, as Smith would undoubtedly say, not reported, on our screens each day, Smith has a harrowing if ready stream of subject matter. That subject matter is summarised on the back cover as ‘the tyranny against the black male body and the tenacious grief of the mothers of murdered African American men.’ As Smith herself puts in, ‘Our sons don’t burn their cities as a rule, / born, as they are, up to their necks in fuel.’ These lines are from the couplet which ends the title poem; itself part of the opening sequence of the book entitled ‘Incendiary’. The sequence explores the resonances and ramifications among the African American community of the death of 14-year-old, Emmett Till in September, 1955. Till was murdered by two white men after supposedly offending a white woman in a grocery store. Till’s murder has inspired a range of America’s very greatest writers from William Faulkner and Langston Hughes to Bob Dylan, Gwendolyn Brooks and James Baldwin. Smith begins both the ‘Incendiary’ sequence and the book itself with the poem ‘That Chile Emmett in That Casket’, with, underneath the title, the description ‘Photo, Jet magazine, Sept. 15, 1955’. That famous/infamous photo is now bandied about young black males ‘when, as Mama said, you showed your ass by sassin’ or backtalking. … She meant white men could / turn you into a stupid reason for a suit, that your last face would be silt, // stunned in its skid and worshipped, your right eye reborn in the cave / of your mouth.’

Incendiary Art is a substantial book of 129 pages. And there is not a single page which does not show an extraordinary, incandescent imagination. Thus, it is no surprise that Smith uses an epigraph from another extraordinary imagination, Ted Hughes, for the second, heart-breaking section of the book. This is the section called, ‘When Black men drown their daughters’; which is exactly what this section explores. Smith describes in forensic detail exactly what fathers did to drown their often very young daughters. And it might well appear heartless to home in on Smith’s technique at this moment, but if she were not a consummate technician, then the poems would seem lurid or melodramatic, or even just offensive. But Smith knows exactly the weight of each word in each line and verse. It is entirely invidious to quote from these poems as each part fits together immaculately to offer a relentless and inevitable whole. However, to illustrate Smith’s method, here is a section from early on in the sequence, in a sub-section entitled ‘The Five Stages of Drowning’; this section details the death of the 3-month-old Zara Adur-Raheem at the hands of her father.

There is no drunk like the drunk of milk sleep.
A drizzled white floods the body and weighs down
everywhere we think we know about awake.
Zara’s new clockwork staggers with it while Daddy,
grizzle and wild-eye, lobs her like trash over
the rusting rail. Inside the sack, the wriggling child
cannot translate fly, plummet, descend. She doesn’t
realize the hard questions she poses for pigeons
or how, so dull and stupid with dairy, she is all
the fall the sky can language. Babies accept what
they are given.

I have quoted at length here to illustrate the way Smith works inside the experience. Smith, clearly a mother herself, details the innocence and helplessness of the baby, within an imagining of what the baby actually might know. The father’s intervention is swiftly but powerfully described, and then the reader is returned to the baby in the sack. That experience is then slowed down by Smith in a kind of anthropomorphising distance that paints the ‘reactions’ of the pigeons and alsoof the sky itself. This latter ‘she is all / the fall the sky can language’ is both mimetic with the rhyme of ‘all’ and ‘fall’. However, by turning ‘language’ into a verb, the line is also mimetic of the linguistic disjunction of trying to place the experience into words in the first place. It is clear that the sky does not either actually experience the fall of the baby in the bag or, like the child itself, have any means of communicating that experience even if it did experience it. However, the sky is, like the reader, an appalled and impotent witness. And then that final devastating sentence with its careful split across the verse boundary.

The final section of the book, ‘Accidental’, moves from the damaged nature of some areas of fatherhood in the US to a series of explorations, ‘For the mothers of the lost’. Here, at the top of each page, Smith provides epigraphs for each poem which detail in bland reportage the deaths of young, black men at the hands of policeman. Smith adopts a variety of voices for the poems in this section, including the voice of one of those policemen. In one of the few third person narratives in the section, Smith responds to the death of ‘Shereese Francis, 30, a schizophrenic, [who] had stopped taking her medications and needed an ambulance. Police arrived, handcuffed an agitated Shereen, and held her facedown on a mattress until she went into cardiac arrest and stopped breathing.’ Again, Smith’s extraordinary imagination provides the reader with a compelling picture of Francis’ suffering: ‘with flecks of his spit in her perm / and a prickly pressure suppressing her spine, / maybe she thought that the abrupt theft of beat / was how Jesus ended mayhem in the body- / with all the mayhem at once and then none. / Her life, relived at its end, unreeled as brash / cinema. It was lucid, as bright as backhand:’ Once more, Smith’s technique moves the reader in and out of the immediacy of Francis’ death; from the actions of the policeman and its physical effect on Francis, into Francis’ own experience of her own death. Clearly, this latter is Smith’s imagination at play. But what Smith does here is to refer to the death in biblical and heroic terms. Where such deaths are subsumed within yet another newspaper headline, Smith’s imagination animates them (pun intended) to wrest the death from newsprint and move it not only to another level of reality, but to bring that death a wider, almost apocalyptic resonance. As Marlon James is quoted on the back cover puff, ‘Incendiary Art is the fire this time.’ As noted, were Smith not such a very gifted technician, so much of the writing would simply be melodrama.

Smith’s concentration on the resonances of fatherhood and motherhood in this book give all this suffering a devastating, and inescapable relevance to all lives.