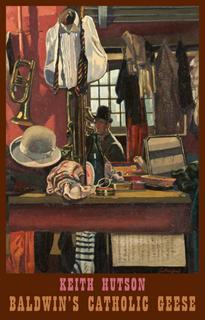 A book of mainly sonnets about, mostly long dead, music hall performers may not sound very entertaining… or, actually, it does, and is. But the point of the book is not only the recalling and regaling of lives which the vast majority of us are unlikely to have heard of. In many ways, Carol Ann Duffy’s puff on the back of this book has it right, ‘These poems illuminate something timeless about ambition and the human spirit’. Thus the book is about much more than performers who belong to the pre-televisual and pre-internet age. The performers that Hutson ‘celebrates’ in this excellent book represent aspects of both performance and celebrity. And what the poems also investigate is the very ambiguous relationship that we as viewers, or should that be ‘voyeurs’, have with these people. What Hutson very deftly explores is that awkward, terrifying, embarrassing, embracing triangulation made between the viewer, the performer and the performance.

The book ‘memorialises’ a range of performers from those, perhaps gratefully forgotten, such as The Bryn Pugh Sponge Dancers, Willy Netta’s Singing Jockeys to the eponymous Baldwin’s Catholic Geese. But the book also contains poems about performers much closer to our own time such as Bob Monkhouse, Des O’Connor and Les Dawson. Hutson also takes us back to the last famous castrato, Farinelli. The performances of these various characters are held up to Hutson’s, usually, sympathetic prism. But Hutson is not afraid of being judgemental as in the poem which recounts his own encounter, in the bar at the Palace Theatre, Manchester, with Les Dawson, for whom Hutson was hoping to write. This was clearly an encounter which has stuck in Hutson’s craw, and he recalls Dawson’s comment about the material Hutson was offering to Dawson, ‘who took / my bundle like a summons. / ‘Did Mr Ten Per Cent suggest / when I’ve time to plough through this’ [Hutson’s italics]. Dawson then goes on to bad mouth Bob Monkhouse for getting the job of host for the TV programme, ‘Blankety Blank’. At the end of the poem, however, Hutson also gives a sympathetic ear to Dawson’s excuse for his demeanour, ‘Then softer: Sorry, son, I’m not myself. / The missus … but your punchline was, / she’s not long gone –‘

That phrase ‘took my bundle like a summons’ gives some idea of the deft phrase making that Hutson employs throughout the book. And it is this phrase making, Hutson’s technical ability with words, which draws we the reader into the deeper ambiguities of or own gaze at performers. ‘Straight Man’, for example, written in the first person narrative of the straight man, finishes, ‘And that barrel of laughs who acts / like he should be locked up – / he is. Try being the key.’ Hutson’s wholly appropriate, rollicking rhythm pulls us through the image of the ‘barrel of laughs’ which creates the visual image of the comic, but then moves out into the metaphor ‘locked up’, which Hutson inverts to show exactly the straight man’s role.

Hutson also reminds us of performers who really emerged into national consciousness in the sixties, when a family might sit around a radio and share the listening. These performers also had some life in other media such as television and record. He reminded me of how a particular friend and I made great ironic play of the success of groups such as the Ray Conniff singers and the programme, ‘Sing Something Simple’. The latter with its particularly grating theme tune, so sentimental it made your teeth fall out; as Hutson puts it ‘Why not lie back / and ponder ways to end / it all without alarming others.’ ‘Lament’. These are particularly telling examples of how fashion and time have transformed popular culture. As Hutson puts it, ‘Cliff Adams / and his choir, for over forty years / kept artificially alive: // that’s ten prime ministers, / all looking grim.’ In twenty years’ time, Will we look back on ‘Big Brother’ and ‘Love Island’ through an equally embarrassed lens.

Hutson’s version of the viewer as voyeur is not only shown through the breaking of the fourth wall, as in the poem ‘Straight man’ above. It is also shown in the intimacies of the poem about Les Dawson. The figures Hutson introduces share their frailties with us in a way which makes us complicit in their downfall. In part, it is the audience’s insatiable need for both the safety of the same and the thrill of the new, which both raises the performer up, and then trashes them later. If the performers live on that particular tightrope then it is hardly surprising that they eventually fall off. As Hutson puts it of his own position in ‘Frontiersman’, ‘I too am taunted; there’s a dark, untamed / interior I lack the guts to go to / on my own. Shaka and Greg me there,’ – Greg being a 19th century performer whom it took five policemen, once, to arrest. There’s a neat pun on ‘taunted’/’haunted’ here. The ‘interior’ that Hutson’s performers may go into is the livid nature of their lives offstage. The audience eggs them on towards the performance which creates the division between the performer and the person within the performance. Perhaps for the ‘entertainer’ the inner and the outer ‘taunt/haunt’ each other. Keith Hutson’s poems explore these hauntings in compelling and authentic ways.